With all the hype of the Floyd Mayweather Jr vs Manny Paquiao the biggest fight in Boxing history now over.  Alot of questions have been pouring in with the number one being "did you fight Floyd Mayweather?"  The answer is Yes!! 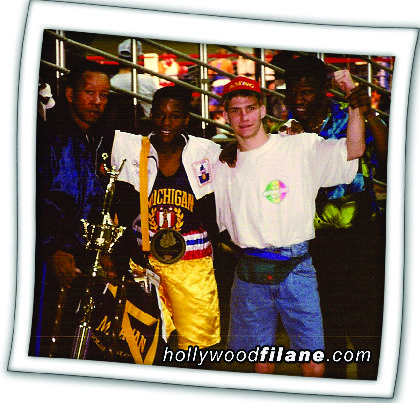 At the tournament after the draw had been completed, our coaching staff had a meeting with me after one of the work outs to explain to me that I had drawn a kid by the name of Floyd Mayweather and that he is going to be good and comes from a boxing family... blah blah blah!!! As it turned out the "kid was Good!"

Ironically, years later I found out from friends that were training with Floyd, that his coaching staff and his father Floyd Mayweather Sr. were also having the same type of meeting about me, because I had just returned from the 1992 Olympics in Barcelona.

Over the years, friends from Canada that have trained with Floyd or fought Floyd Mayweather, would return to home to tell me that the Mayweather's were asking about you, and Floyd Sr. would even show them video of this fight!

I was truly blessed to have this apportunity!

24 years ago I fought @floydmayweather for FREE but today is #payday ! #youtube just informed me the video of it just made me .13 cents #chaCHING - link to full video in bio. #boxing #mayweathermcgregor #themoneyteam #tmt @thenotoriousmma #hollywoodfilane #floydmayweather #mayweather #detroit #kronk #goldengloves