Fallen Rock Minor Hockey Association is proud to host the Annual Filane's Showdown Adult Hockey Tournament at the Schreiber Arena December 10-12, 2021!
It's Back, and we want it to be the biggest and best yet!
For more info or to register a team please contact:
Mario Filane. (807) 824-2782. marbar19@hotmail.com 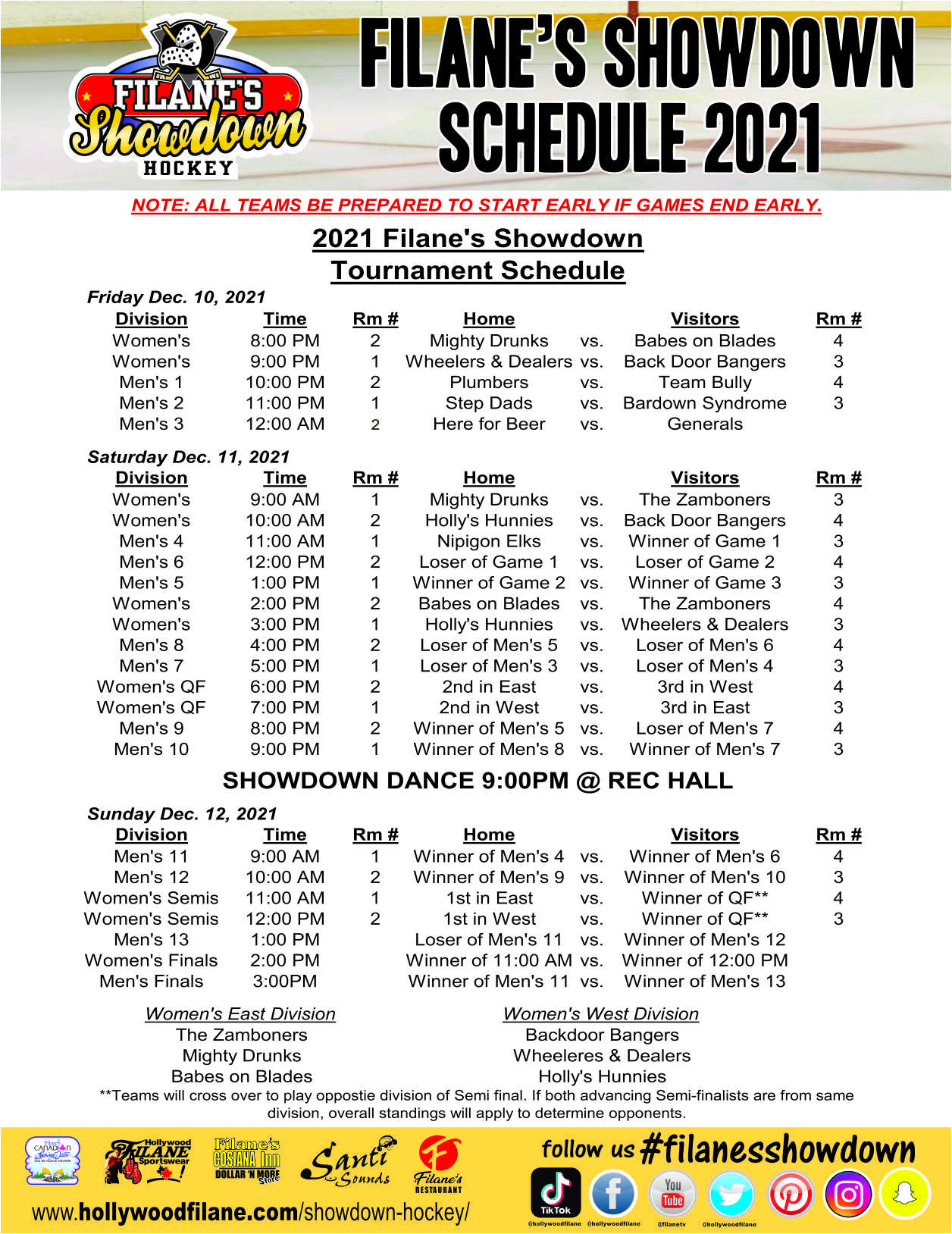 2015 Showdown Summary-
Another Schreiber Showdown is in the books folks, and another FANTASTIC year it was!!
Big congratulations goes out to the the "Schreiber Stars" for winning the women's side 2-1 over the Ducks. As defending champions coming into the weekend, the Stars are the back-to-back Champions in the women's division.
On the men's side, Congratulations goes out to Team Filan'! After being one of the most consistent teams of the tournament, making the finals 5 of the last 6 years, Team Filan' has finally become the "bride" instead of the "bridesmaid" and captured their first ever Showdown Cup beating the high powered Hawks from Thunder Bay 3-2 in a fast, exciting, and tight Championship Final.

Fallen Rock Minor Hockey Association wants to thank everyone who participated this year! We hope you had a great time in our small town of Schreiber. We appreciate all the visitors from out of town, and all the locals who strap on the skates for this special time of year!

We also extend big thank you's to all the fans who came out to support the weekend! We can't thank everyone enough for coming out to watch and making the grown ups feel like kids again with fans in the stands! In return, I think the fans were rewarded with awesome hockey action in both the Men's and Women's sides.

And lastly, our BIGGEST thanks goes out to all the volunteers who make the event even possible, and all the arena staff who work with our volunteers to make the event run as smoothly, and efficiently as it possibly could. We pride ourselves on running a great "show" at the Showdown, and all that is made possible by the amazing volunteers who work the countless hours through the weekend to make sure everyone is having a great time and enjoying everything the beautiful town of Schreiber, and the annual Filane's Schreiber Showdown has to offer!

Thus ends another fun weekend, and all that is left to do is count down the days until the next Filane's Showdown hockey Tournament.