It was great to see Steve Simmons at the memorial celebration for our olympic boxing coach Adrian Teodorescu on Dec. 10,2016.

Steve is a Sports columnist for the Toronto Sun. Regular on TSN The Reporters and TSN1050 Radio. Best selling author of The Lost Dream and Lanny. He also covered alot of our boxing throughout our careers and Adrian was always a go to guy for information, and a "good Story". 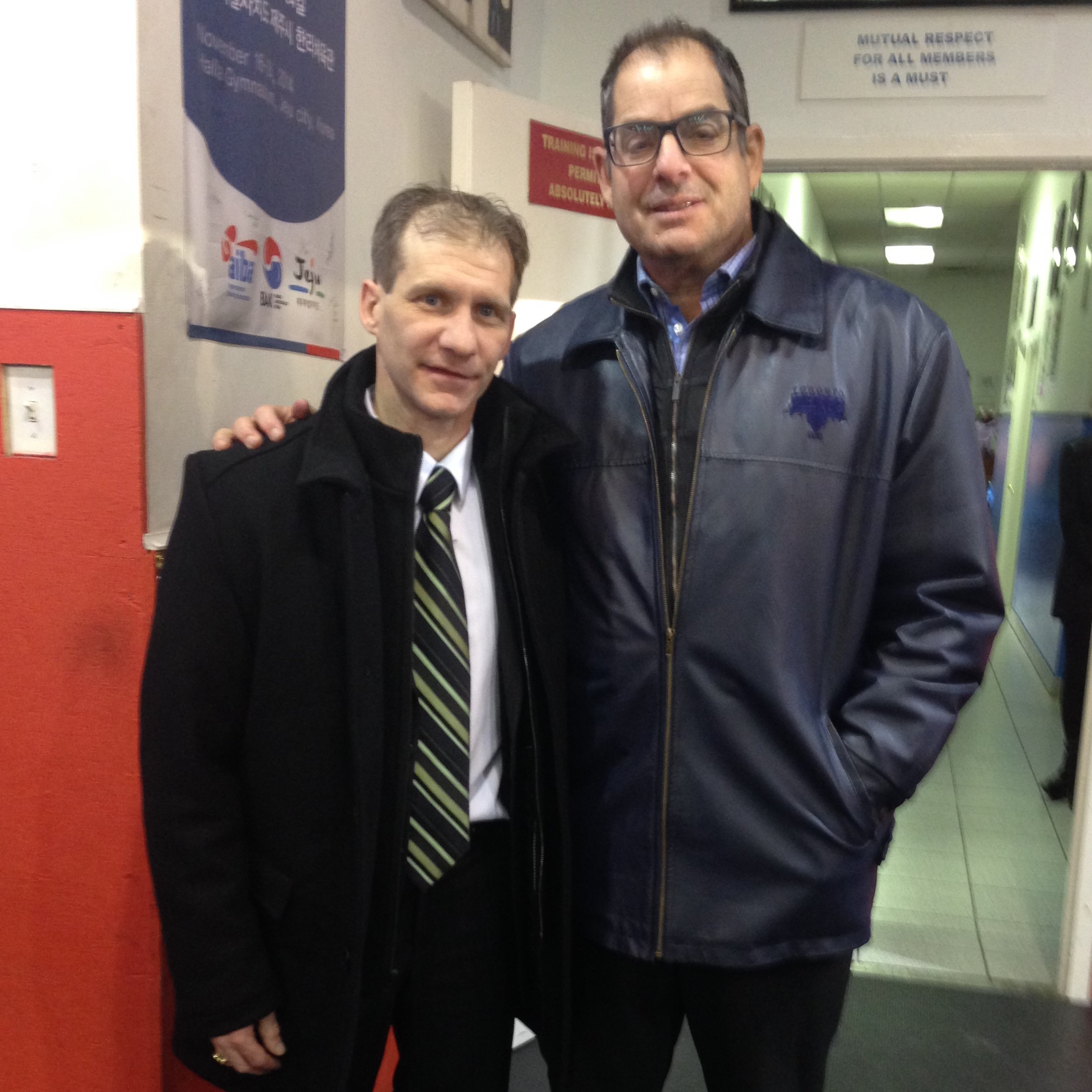 I was one of the people who spoke at the memorial on the life and times of Adrian, and i was honoured when Steve tweeted this the next day - video of memorial

Steve is also pretty famous in this area, (Northwestern Ontario) and around most hockey rinks because a story most of you #Hockey Moms and Hockey fans probably have read is his story ... does APPLE JUICE and Goalies ring a bell?  Here is the link to the story .... Steve's Hockey Story - or READ Below

The other day, when I Googled my name and the words “apple juice” more than 150,000 entries came up. So here is the original piece, with an edit or two along the way. Enjoy.

There was about two minutes to play in the playoff game and I was pacing behind the bench anxiously, barking out whatever instructions seemed important at that very moment. You watch the game and you watch the clock in those final seconds, often at the very same time.

Our team was up by a goal, poised to advance to the next round of the playoffs, when I felt a tug on my jacket.


“Ah coach,” one of my little players said from the bench.

“Yea,” I answered, concentrating more on the game and the clock than on him.

“Are there snacks today?”

“Did anyone bring snacks today?”

“Huh?” I said as I looked back towards the game.

“I hope they didn’t bring apple juice,” the young boy continued. “I don’t like apple juice.”

The moment froze me in all the playoff excitement, the way all special and meaningful moments should. If somehow, I could have captured that brief conversation on tape, I would have had one of those telling sporting moments for parents everywhere, the kind you need to play for coaches and executives and trainers and managers and all of us who take youth hockey way too seriously.

It isn’t life or death, as we like to think it is. It isn’t do or die as often as we pretend it to be. In one tiny moment in one elimiantion game, kids hockey was reduced to what it really is about: Apple juice. OK, so it’s not really apple juice. But what apple juice happens to represent in all of this.

The snack. The routine. The end of game ritual.

Kids can win and lose and not give a second’s thought about either at a certain age, but don’t forget the post-game drinks. If anything will spoil a good time that will.

You see, it’s all part of the culture of hockey. Not who wins, not who scores goals, not which team accomplished what on any given afternoon, but whether Mom and Dad were there, whether their grandparents were in the stands watching, whether their best friend was on their team and yes, about what they ate post-game.

When you get involved in hockey, when you truly put your heart into the game and into the environment and into all that surrounds it, that’s when it’s at its best. The game is only part of the package. The sense of belonging, the post game snack, matters also.

Sometimes, when I stand around the arenas I can’t believe the tone of the conversations I hear. The visions are so shortsighted. The conversations are almost always about today and who won and who lost and too much about who scored. Not enough people use the word fun and not enough sell it that way either.

And hard as we try to think like kids, we’re not kids. Hard as we try to remember what we were like when we were young, our vision is clouded by adult perspective and logic, something not necessarily evident with youngsters.

Ask any parent whether they would rather win or lose, and without a doubt they would say win. But ask most children what they would prefer: playing a regular shift, with power play time and penalty killing time on a losing team rather than playing sparingly on a winning team, and the answer has already come out in two different national studies. Overwhelmingly, kids would rather play a lot and lose than win a lot while playing little.

Ask a parent the score of a certain game a week later and he or she will know the answer. The child won’t necessarily know. Like I said, it is about the apple juice. It is, after all, about the experience.

Often, you can’t know what’s in a kid’s mind. I was coaching a team a few years ago when I got a call from the goaltender’s father. It was the day before the house league championship game. The father told me his eight year old son didn’t want to play anymore.

“Anymore after tomorrow?” I asked.

“No,” the father said. “He just doesn’t want to play anymore.”

“Did something happen?” I asked.

I hung up the phone and began to wonder how this happened, and who would play goal the next day, when I decided to call back.

“Can I talk to him?” I asked the father.

The young goalie came on the phone. “I don’t want to play anymore,” he told me.

“But you know what tomorrow is, don’t you? Are you nervous?”

“Don’t like playing goal?” There is a pause on the phone.

“Our guys. They jump on me after the game. It hurts me and scares me.”

“What if I told you they won’t jump on you and hurt you anymore? What if I promised you that? Would you play then?”

And that was the end of our goalie crisis.

Our experience is important but the game is for the children. We can say that over and over again, but the message seems to get lost every year.

Lost in too many coaches who lose perspective and who think nothing of blaming and yelling and bullying.

Lost by parents who think their son or daughter is the next this or the next that and they are already spending the millions their little one will be earning by the time they finish hockey in the winter, 3-on-3 in the summer, power skating over school break, special lessons over March break, pre-tryout camp before the tryouts in May and a couple weeks of hockey school, just to make certain they don’t go rusty.

I have asked many NHL players how they grew up in the game. My favorite answer came from Trevor Linden, who captained more than one team in his day. He said he played hockey until April and then put his skates away. He played baseball all summer until the last week of August. No summer hockey. No special schools. No skating 12 months a year.

“I didn’t even see my skates for about five months a year,” he said. “I think the kids today are playing way too much hockey, and all you have to do is look at the development to see it really isn’t producing any better players. We have to let the kids be kids.”

When, I asked Gary Roberts, did he think he had a future in hockey?

“When I got a call from an agent before the OHL draft,” he said. “Before that, it was just a game we played.”

Do me a favor: Until the agent comes knocking on your door, and even after that, let’s keep it that way. A game for kids.

And one reminder, I don’t care what the age: Don’t forget the snacks.