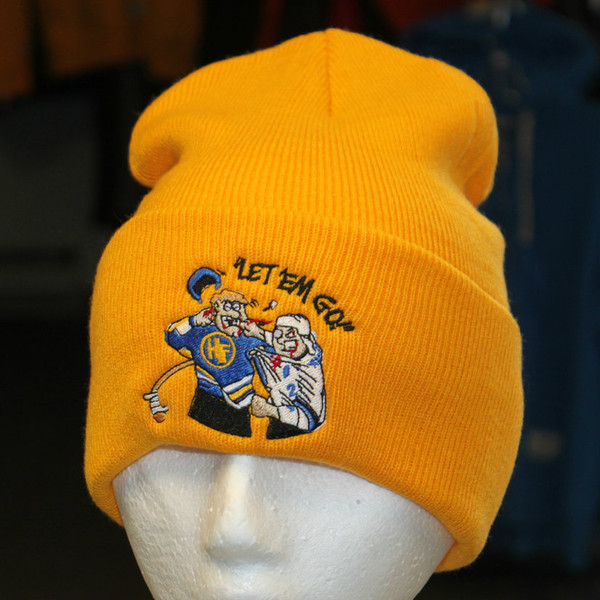 Personalize you hat with your name and/or number - $5

One Size fits most
In case you are new to the sport of Ice Hockey, Fighting and retaliation are a fact of life on the ice in every hockey rink and arena throughout the world.  Hockey fighting is even featured in the Wikipedia encyclopedia.
Here's some of what it had to say about the fastest and toughest game on earth...